While we do not travel much, when we do we try to visit places that others have designated as important through some kind of physical manifestation.  Sometimes these remembrances or memorials are as small as sculptures, a simple plaque, a flag pole, a statue, and sometimes they can be as battlefields, graveyards, battleships, highways  and  buildings.

There is barely a stretch of highway these days that isn’t dedicated to a fallen Trooper or soldier or some elected official, or important personage.  I am not sure what significance this has, except for the signs that we put up keep these peoples names in front of us.  When I see the Reagan Highway in Suburban Cincinnati I would rather just see the route number, but somebody in those parts thinks otherwise of our 40th president.

On a trip a few years back we traveled to New York City and along the way to and from stopped at a few places of significance to American History.  The first place we stopped was the Flight 93 Memorial at Shanksville PA that remembers in concrete and stone, the place where a flight highjacked by terrorists for the Capital  was ditched into a farm field.  As an example of memorial art and landscape it is both monumental in scale and moving in its simplicity.  Here the federal government and a memorial foundation acquired a vast tract of land that encompasses the entire view shed of the fatal flight.  All that one sees from on the site is a farmstead that appears in the AP photo that was published round the world, and the tips of a few distant windmills. 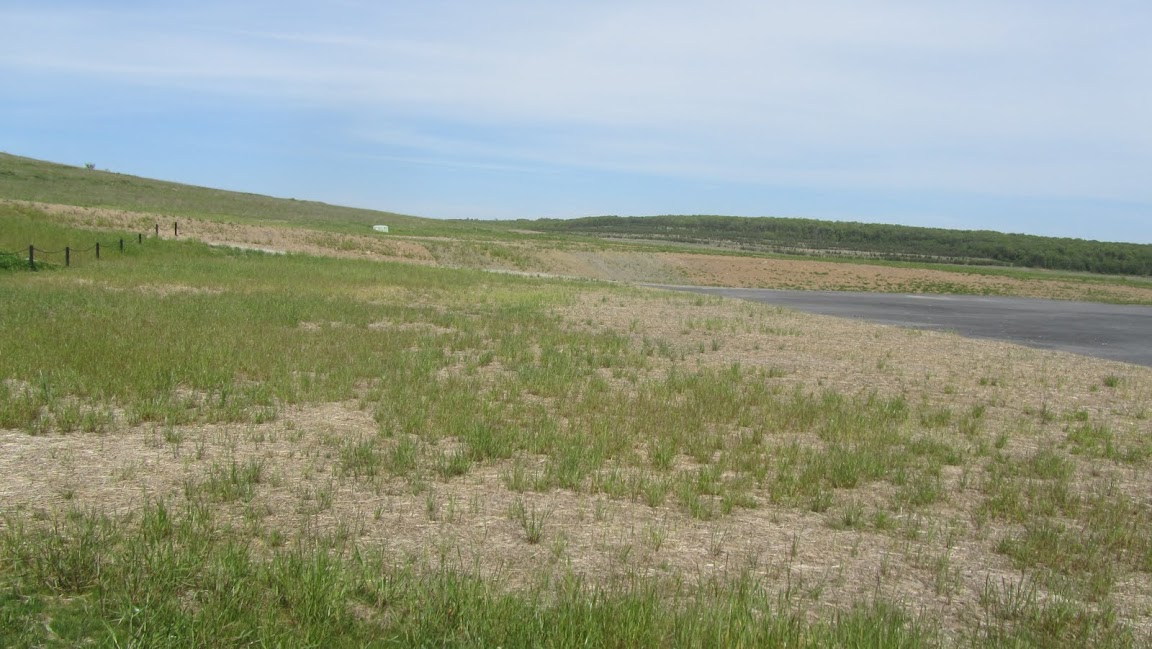 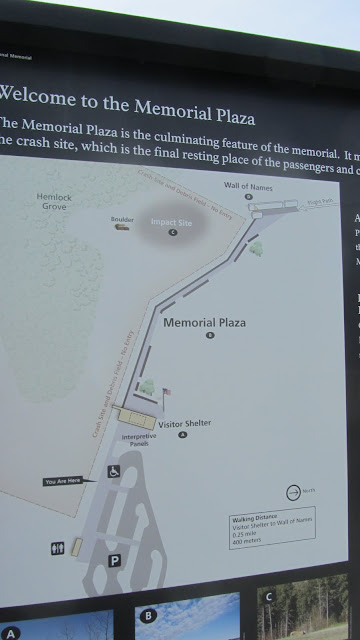 The impact crater and debris field is made “sacred” by the creation of a sculpted 1/4 mile long barrier wall by which one proceeds to a small plaza near the crater, which is also the final resting place of the passengers, crew and hijackers.  Along the wall there are small niches where one can place small remembrances of that day and the people involved. 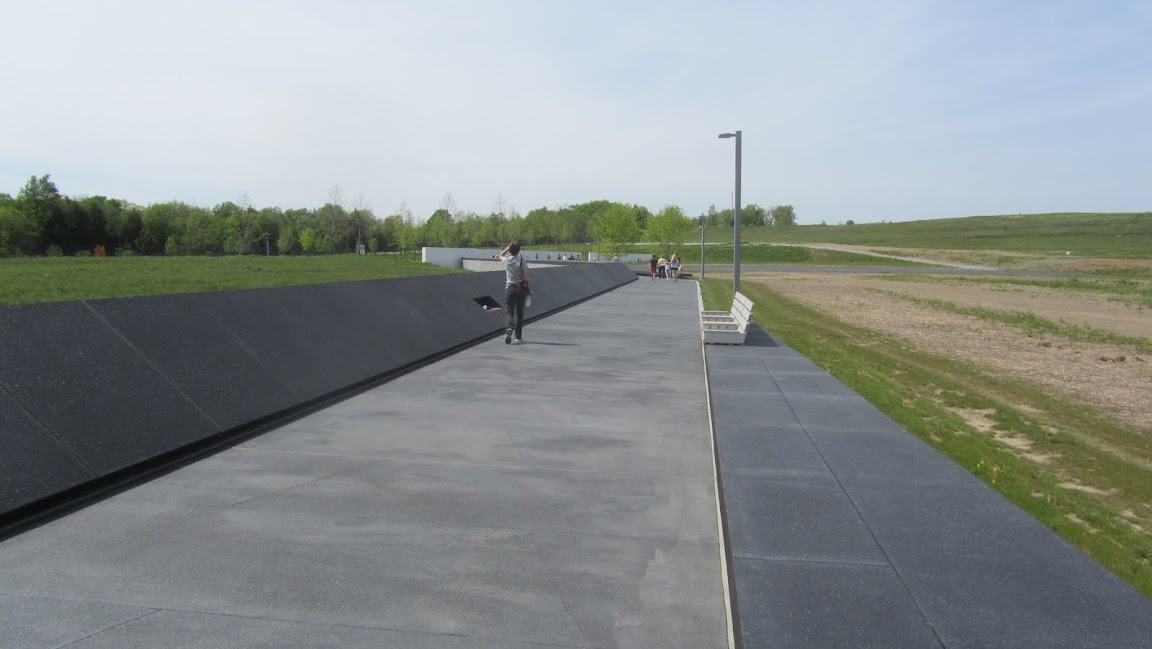 The names of everyone but the hijackers are each inscribed on an individual marble pylon. 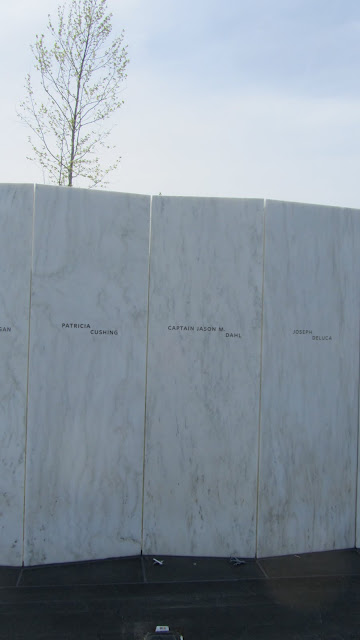 A rustic wooden gate mostly blocks the view of the burial grounds, which is indirectly accessible only to relatives of the deceased. 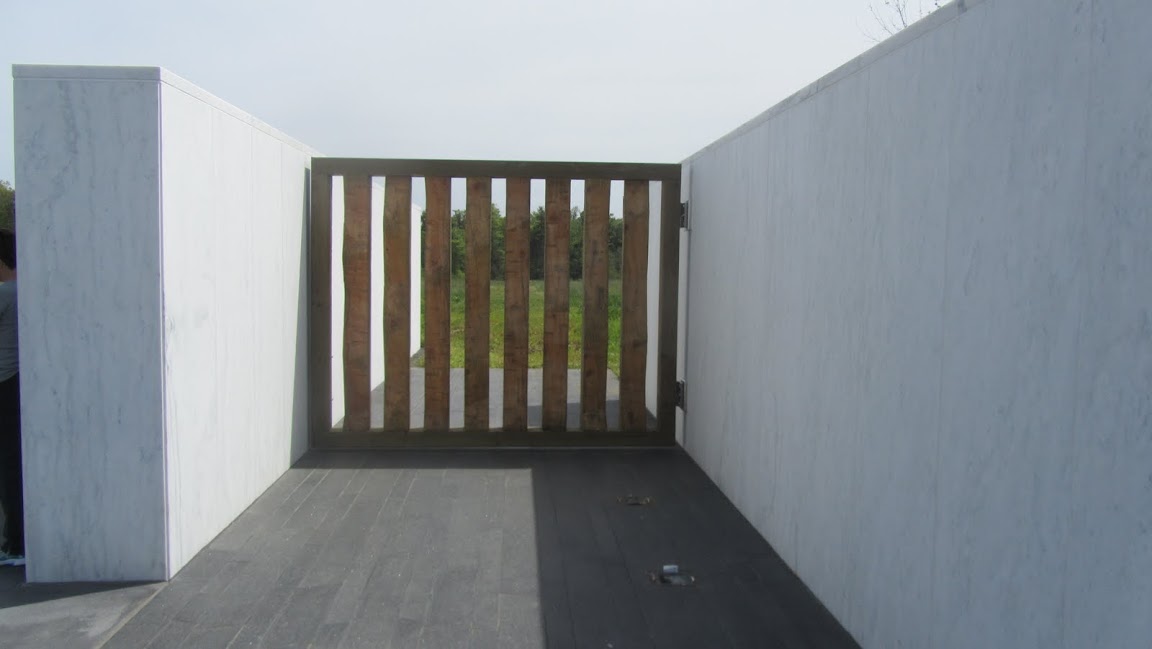 While words cannot do it justice, I was deeply moved by the simplicity and the scale of the place and left disappointed that organizers feel the need to add a permanent visitors center as well as individual memorial gardens along the 3-1/2 mile road to the memorial.  While I haven’t seen a final plan, Davey Tree was in the process of planting what appears to be thousands of trees and shrubs on the massive, 2,200 Acre site. A large part of this site is privately owned with view-shed easements.

Our second stop was the Gettysburg Battlefield. 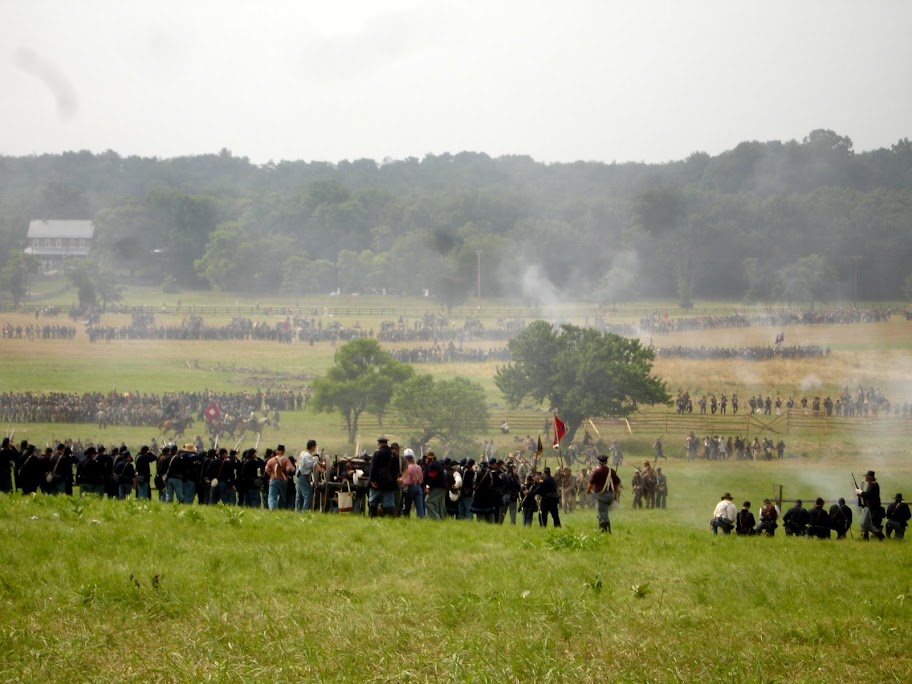